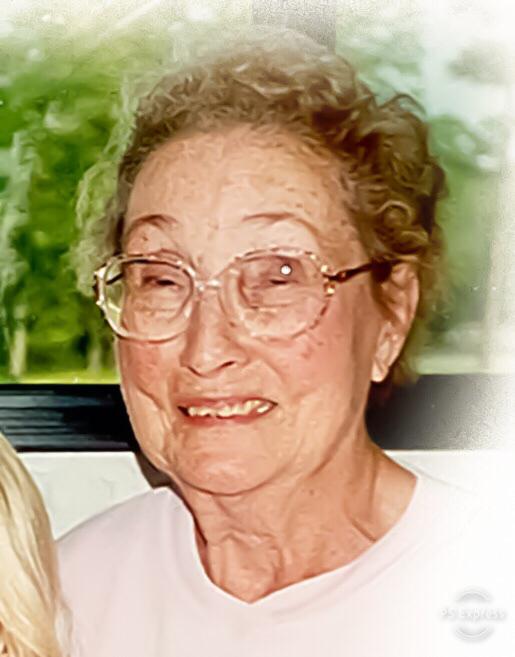 Mrs. Annie S. Gebauer, age 100, died at her home in Greenwood, South Carolina, on March 4, 2019. Annie Laurie spent her last week welcoming many loving friends and relatives who had come to say goodbye, and passed away peacefully in her sleep.

Annie Laurie was born December 24, 1918, in McCormick, South Carolina, daughter of Lucy (Anderson) Sturkey and Milledge Lorenzo Bonham Sturkey. Mr. Sturkey was a founder of McCormick County and a prominent local businessman. Mrs. Sturkey was a schoolteacher before her marriage. Annie Laurie was raised in a large family which included a sister, two brothers, and four step-sisters.

After graduating from Winthrop College in 1939, Annie Laurie worked at Clemson University and the Tennessee Valley Authority in Chattanooga.  During WWII she was one of the first women to join the Coast Guard and served on active duty from 1944 to 1946. She remained in the reserves for 34 years, reaching the rank of Commander.  After the war she worked at Milliken in McCormick, and the Savannah River Plant near Aiken, SC, until her retirement in 1979.

In 1955 Annie Laurie married the late John “Cop” Carpenter.  During her marriage, she and John began a lifelong love of traveling the country in an Airstream trailer. After Cop’s death Annie Laurie continued her travels and eventually met and married a fellow motorhome fan Al Gebauer.  They continued to travel throughout the USA several months of the year until Al’s death in 2010.

Annie Laurie did not have children, but she leaves behind much-loved relatives and their families, including nephew William Anderson, step-daughter Karen Lindstrom, great-niece Elena Anderson, step-niece Wessie Mitchell (who is caring for Annie’s beloved dog Lucky), and many cousins and in laws.

Special thanks to Dr. John Holman; HospiceCare of the Piedmont; Rev. Johnny Waller, who provided much comfort in her final days; the staff at Wesley Commons Retirement Community; and her loving caregivers Debra Temple and Dorothy Robinson.

Annie Laurie Gebauer was a strong, independent, and feisty woman with a wonderful sense of humor. She will be greatly missed by her wealth of friends and family.

A memorial service celebrating her life will be held on Saturday, March 9th, 2019 at 1pm in the Asbury Hall at Wesley Commons 1110 Marshall Road. Greenwood, SC 29646. The interment will be private. Napier Funeral Home, Inc. 315 Main St. Graniteville, SC 29829, has been entrusted with these arrangements. To send an expression of sympathy, you may visit the guestbook at www.napierfuneralhomeinc.com

To order memorial trees or send flowers to the family in memory of Annie Carpenter Gebauer, please visit our flower store.