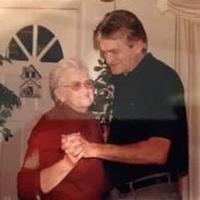 Aubrey Daniel Adams, age 71 of North Augusta, son of the late Aubrey Louis and Margaret Lindley Adams, entered into eternal rest on Thursday September 15th, 2016. He was survived by his son, Gary L. Adams (Shelby); stepsons, Tony and Dean Bazzle; Brothers, John Boyce Adams (Ann - Marie), Terry Adams (Ree), and Jerry Adams (Kathy); sister, Polly Adams Cauley (George); several grandchildren and many nieces and nephews. He was preceded in death by his parents Aubrey and Margaret Adams and a brother Gary Adams. Mr. Adams was in the U.S. Navy and was of the Christian Faith. He has lived in this area most of his life after coming from Anderson SC. Mr. Adams will be greatly missed by all of his family and friends that had the opportunity to know him over the 71 years that God granted him on this earth. However death is not the end and his memory will live on forever in the hearts of those whom he loved. A graveside service will be held on Friday September 23rd 2016 at 11:00am at the Pine View Cemetery in North Augusta SC, with the Rev. Stephen Phillips Officiating. In lieu of flowers donations may be made to Caris Hospice at 121 Executive Center. Columbia SC, or to The American Cancer Society at 250 Williams Street NW. Atlanta GA. Napier Funeral Home Inc is in charge of all arrangements and you may sign the guest registry at www.napierfuneralhomeinc.com.

To order memorial trees or send flowers to the family in memory of Aubrey Daniel Adams, please visit our flower store.