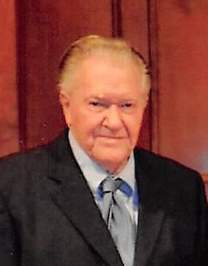 In addition to his wife he is preceded in death by his parents, Donald and Essie Mae Lowe Pearson; brothers, Maxie Pearson and Billy Pearson; and sister, June Moyer Pearson.

Mr. Pearson worked for the Augusta Chronicle Newspaper for many years in the maintenance department, and proudly served his country in the United States Army. He was also well known for his love of chickens, as he raised his own share of chickens. He will be greatly missed by all whose lives he touched.

A funeral service celebrating his life will be held on Friday September 4th, 2020 at 1pm at Christian Heritage Church with Pastor Stephen Phillips officiating. The interment will immediately follow at the Historic Graniteville Cemetery. The family will receive friends one hour prior to the service at the church.

In special consideration of the current pandemic, social distancing will be observed at the church.

To order memorial trees or send flowers to the family in memory of David Pearson, please visit our flower store.