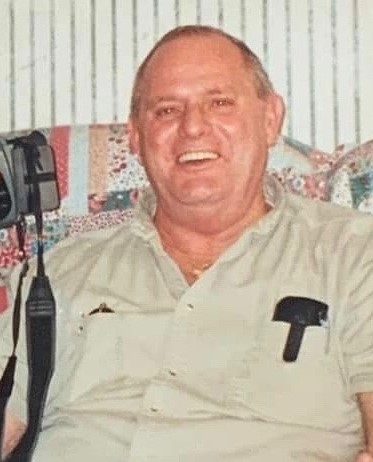 A limb has fallen from the Cartee family tree. Frank Joseph Cartee, husband of Karen Buss Cartee, was born to Ann Pfeiffer Cartee and Alonzo Cartee on December 31st, 1944 in Greenville SC, and left this world on March 1st, 2020 in Augusta Ga.

We know that we aren’t meant to live on this earth forever in this body. We are just passing through. As the bible says in 1 Chronicles 29:15; For we are strangers before Thee, and sojourners, as were all our fathers; our days on the earth are as a shadow, and there is none abiding. As the poem “The Dash” says; What matters most is what someone did between the dash of the birth date and the date we left this earth. Frank loved Jesus, his family and friends. He was a man of great faith. He faced many battle's in his life with great faith and a smile on his face. Even in this final battle he always had a smile for everyone who came to see him. He knew that he was going to be healed either way. He would live here or he would live eternally. For we know the bible says in John 3:16; For God so loved the world, He gave his only begotten son, that whosoever believeth in Him should not perish but have everlasting life. He loved to witness to people and tell them about a man named Jesus, what He had done for him and what He could do for them. Often times in his sickness people would come to see him and he would end up praying for them.

He held many jobs in his life. In his younger years he drove delivery trucks, owned an auto repair shop and he later went to work for Daniels Construction building power plants. He and his wife worked several years at Crossnore School in North Carolina as house parents. He became an ordained minister in 1992 and was a member of The House of Prayer in Anderson, SC. Through all of his different jobs he got to travel all over the United States and meet people from all walks of life. He loved to get in the car and take off on a new adventure.

When he was older and retired, he would tell his wife “all we have to do is get in the car, ride and look at the sunshine. They were an inseparable couple. They met at a young age and they faced everything in this world together. He was always the protector and could find the logic in things. He loved to tell you his life story and would never leave out a single detail. We will cherish his stories and long to hear them just one more time, for the rest of our lives, or have just one more of his great big hugs. He gave the best heartfelt hugs that you would ever get.

He also wrote the best letters and cards. We will cherish every one of them. He put so much time and thought into them. We know that he has received the ultimate healing and reward but we will forever mourn his loss and miss him being here with us. We will rejoice in knowing where he is, and we can go too one day and we know he is no longer suffering.

A funeral celebrating his life will be held on Thursday March 5th, 2020 at 11am in the chapel of Napier Funeral Home with Rev. Jerry Nation and Rev. Rodney Harbin officiating. The interment with Military Honors accorded will be held at Fort Jackson National Cemetery in Columbia, SC at 2pm following the service. The family will receive friends on Wednesday evening March 4th, 2020 from 6-8pm at the funeral home.

Honorary Pallbearers will be: Joey Pearce and Kenny Thurston.

Napier Funeral Home, Inc. 315 Main Street. Graniteville, SC 29829 has been entrusted with these arrangements. If you wish to send an expression of sympathy, you may visit the online guestbook at www.napierfuneralhomeinc.com

To order memorial trees or send flowers to the family in memory of Frank Joseph Cartee, please visit our flower store.