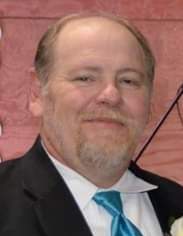 Glenn T. Spell, age 54, of Windsor, S.C., loving husband of Lisa Mitchum Spell and son of the late Patricia Edenfield Nation, entered into eternal rest on Wednesday, September 23, 2020. In addition to his wife, he is survived by his stepfather, William T. Nation, Jr.; a daughter, Candi (Jason) Barton; a brother, Alton Lee (Carol) Spell; a sister, Shellie Marie (Joseph) Pollard and five grandchildren; Ashlynne Barton, Olivia Craig, Hannah Dempsey, Jaylin Barton, and Jaxsen Barton. He was born in Baxley, Georgia but has been a resident of Windsor, S.C. for the past twenty-five years. He was a member of the First Baptist Church of Windsor. He was a Pipefitter/Welder by trade.  He was a member of the National Guards and the Local Plumber’s Pipefitter Union #150. The family stated that he never met a stranger and would always lend a hand to anyone in need. He always had an answer for the Lord. A man of his caliber shall be greatly missed by his family and many friends. Death is not the end, as he has just made that great transition to his new Heavenly Home where all is joy and peace in a land of endless tomorrows. A service, celebrating his life and homegoing, will be held at the First Baptist Church of Windsor, S. C. on Sunday, September 27, 2020 at 3:00 PM with Rev. John Raborn officiating. The interment will follow the service in the Church Cemetery. The Pallbearers will be Jason Barton, Seth Spell, Jeremy Williams, Terry Ransom, Hank Byars, Kenneth Paradise and Kenneth Spoonemore. The family will receive friends at the church one hour prior to the service. If so desired, memorials in his honor, may be made to the First Baptist Church of Windsor, Sunday School Addon at P. O. Box 238, Windsor, S. C. 29856.   Napier Funeral Home, Inc., 315 Main St., Graniteville, S.C. 29829 is in charge of the arrangements. You can visit the online guest register at www.napierfuneralhomeinc.com

To order memorial trees or send flowers to the family in memory of Glenn T. Spell, please visit our flower store.