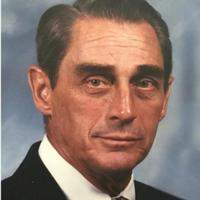 Aiken SC - Herbert Watkins, age 82, loving husband for 62 years to Juanita Redd Watkins and son of the late James C. Watkins, Sr. and the late Fannie Wheeler Watkins, entered into rest on Monday, February 13, 2017. In addition to his wife, he is survived by sons Wallace Watkins, Don (Dana) Watkins both of Aiken and Wyman (Courtney) Watkins of Moncks Corner, SC; brothers, James C. Watkins of Batesburg, S.C., John (Merlyn) Watkins and Maxie (Judy) Watkins both of Leesville, S.C.; seven grandchildren and four great grandchildren. He was born in Batesburg, S.C. but has spent most of his life in Aiken County, S.C. He retired as a Supervisor with the Vaucluse Division of Graniteville Company. He was an active member of the First Baptist Church of Vaucluse, S.C. having served as the Sunday School Secretary for years. He also coached the Ladies’ Softball Team at the church. He enjoyed farming and was an avid gardener. He also enjoyed taking his daily strolls through the woods just enjoying nature. He was a loving and dedicated husband, father, grandfather, uncle and brother. He was a gentleman and friend to all, and he never met a stranger. A man of his caliber shall be greatly missed by his family and all whose lives he touched during the 82 years that God granted him on this earth. Death is not the end for Herbert Watkins, as he has just made that great transition to his new Heavenly home where all is joy and peace, and no sad goodbyes are ever spoken. A service, celebrating his life and homegoing, will be held at the First Baptist Church of Vaucluse on Thursday, February 16, 2017 at 2:00 PM with Rev. Hank Flowers and Rev. Bill Watkins officiating. The interment will follow at the Vaucluse Cemetery. The Pallbearers will be Tim and Robert Watkins, Stanley Redd, Keith Willis, Brett and Brandon Watkins. The family will receive friends at the funeral home this Wednesday evening, February 15th from 6:00 to 8:00 PM. Memorials may be made to the First Baptist Church of Vaucluse, #1 Church St., Aiken, S.C. 29801. Napier Funeral Home, 315 Main Street. Graniteville SC, 29829 is in charge of all arrangements. You may sign the guest registry at www.napierfuneralhomeinc.com

To order memorial trees or send flowers to the family in memory of Herbert Watkins, please visit our flower store.