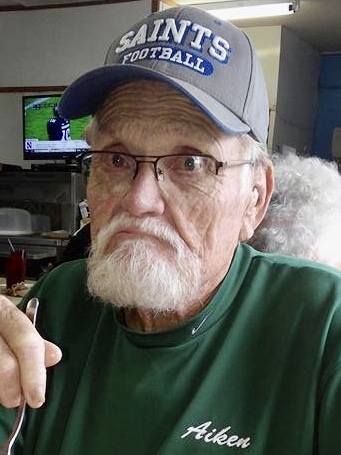 Mr. James W. Barton, age 78, of Aiken, S. C., son of the late James A. Barton and the late Ruby Funderberg Barton, entered into eternal rest at Aiken Regional Medical Centers in Aiken, S.C. on Thursday, December 19, 2019. He is survived by his daughters, Karen W. Mixon and Rebecca Funderberg; grandchildren, Nicole Barton, Ashley Smith, Erica Smith, Carl Smith, Jr., Daniel Barton, Kara Barton, Chance Holbrooks and Paige Bunn; a special Great Grandchild, Benjamin Smith; four additional great grandchildren; nephews, Charles Wade, Harold Wesley and William Avery Funderberg, III and two special pets, Pnut and Casee.  In addition to his parents, he was preceded in death by a daughter, Elizabeth Louise Smith. He was born in Augusta, Ga. but has been a lifelong resident of Aiken County, S.C. He was a member of Cedar Creek West Baptist Church in Graniteville, S.C. He was a member of Alan Gregory Home Group. He spent over 30 years working the chain crew for the Aiken High Football Team and was Scoutmaster for the Boys Scouts, Troop 22 for many years at St. John’s Methodist Church. He retired with over 20 years of service as a deliverer for Home Medical Supplies. A man of his caliber shall be greatly missed by his family and all whose lives he touched during the 78 precious years that God granted him on this earth. Earth’s loss is truly Heaven’s gain.  The family will receive friends at the funeral home on Sunday, December 29, 2019 from 2:00 to 4:00 PM. There will be a private burial at a later date. Napier Funeral Home, Inc., 315 Main St., Graniteville, S.C. 29829 has been entrusted with these arrangements. You may visit the online guestbook at www.napierfuneralhomeinc.com

To order memorial trees or send flowers to the family in memory of James W. Barton, please visit our flower store.