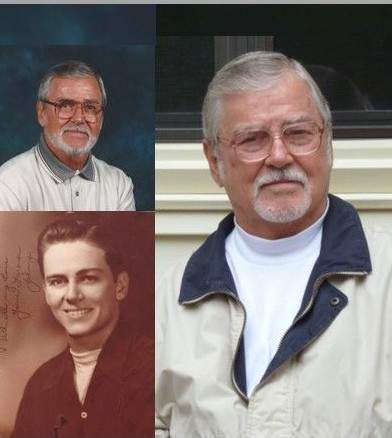 On Monday, March 14, 2022, John Truman Page (born June 17, 1931) was welcomed to his eternal home by his Savior, the Lord Jesus Christ. In addition to joining many brothers and sisters in Christ who have gone before him, he will be received by his parents, A. W. and Irene Page of Graniteville, SC, and his three sisters, Audrey (affectionately known as Winnie), Clydia, and Carole.

Truman will be greatly missed by his wife of 68 years, Martha Courtney Page; his three daughters, Debra, Donna, and Pamela; his grandchildren, Drew, Courtney, and Rhett; his step grandchildren, Elizabeth and Sarah; his great grandchildren, and his nieces and nephews, as well as many others who knew him through work, prison ministry, or worship.

Truman was a proud Navy veteran who served during the Korean War. In addition to being the longest-standing member of Christian Heritage Church (having joined over 80 years ago), he was also, at his death, the oldest living member.

Truman loved his wife, his three girls, his grandchildren and great grandchildren, and they loved their “Daddy” and “Papa.” Each has special memories of times shared with him and lessons learned from him.

Truman was a man of character and integrity. He was well known for his wit and his wisdom. He had a story for any occasion and could keep his audience in tears or laughter. He had a remarkable memory and could quote large passages from the Bible. He also had a large repertoire of quotes—one ready for most any occasion or situation. The quote, however, most often cited was Proverbs 23:7, “As a man thinketh in his heart, so is he.” At his 80th birthday, with no notes or props and to the amazement of his guests, Truman eloquently recited from memory the poems “The Village Blacksmith” and “The Touch of the Master’s Hand.” In addition to Scripture, quotes, and poems, Truman had a large reserve of songs committed to memory and he loved to share them.

But of all the things John wanted his family, his friends, and his acquaintances to know, the most important was this: God the Father has given Jesus to be the Savior of the world. Jesus came to save sinners. Because we have all sinned, we all need a Savior. Jesus is that Savior.

Family will meet privately at Napiers Funeral Home on Friday, March 18, for loving farewells. A memorial gathering of family and friends is planned with the date and time to be communicated later.

John was a willing and generous donor to several faith-based charities. He would encourage you to join him in the joy of sharing.  The following were among his favorites:

To order memorial trees or send flowers to the family in memory of John Truman Page, please visit our flower store.