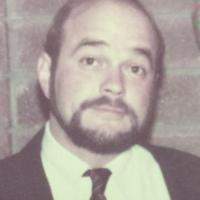 Booker – Joseph Stuart Booker, Sr., age 65, beloved husband of Peggy Wooten Booker, and son of the late Charles Morgan Booker and Shirley Henderson Booker, entered into eternal rest on Thursday April 20th, 2017. In addition to his wife he is survived by his sons; Joseph Stuart Booker, Jr. (Tiffany), and Jonathan Michael Booker (Jessica), daughter; Elizabeth Ann Whitten (Kris), brothers; Chuck Booker (Betty), and Bill Booker (Teresa), grandchildren; Will and Maverick Booker, and Hailey and Heidi Whitten, and a special family member who was like a daughter; Kristina Jackson Booker. He will be greatly missed by all whose lives he touched in the 65 years that God granted him on this earth, and his memory will live on forever in the hearts of those whom he loved. A celebration of life service will be held in the chapel of Napier Funeral Home on Monday April 24th, 2017 at 2 o’clock pm with the Rev. Brancie Stephens officiating. The interment will follow at the Graniteville Cemetery. Pallbearers will be Stuart and Jon Booker, Kris Whitten, and Chuck Booker. The family will receive friends one hour prior to the service. In lieu of flowers, memorials may be made to Children’s Hospital Of Augusta at 1146 Harper Street. Augusta Ga, 30912. Napier Funeral Home 315 Main Street. Graniteville SC, 29829 is in charge of all arrangements. You may sign the guest registry at www.napierfuneralhomeinc.com

To order memorial trees or send flowers to the family in memory of Joseph Stuart Booker, Sr., please visit our flower store.