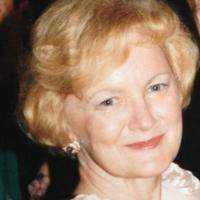 Aiken, S.C. - Julianne Platt Gilstrap, 79, entered into eternal rest on Thursday, May 4, 2017 at Anchor Rehabilitation in Aiken, South Carolina. She was the daughter of the late Edward E. and Julia Burney Platt. Julianne was a graduate of Leavelle McCampbell High School in Graniteville and she received her college education at the University of Georgia. She later received her Masters in Education from Nazareth College in Pittsford, N.Y. She was a full-time mother and then began her career as a teacher and then transitioned into a successful real estate agent in Rochester, New York. She and her then-husband James Gilstrap retired and moved back to South Carolina, and eventually moved home to Aiken S.C. Prior to her health issues, she was active in the community and she was a long-time member of the St. John United Methodist Church, Graniteville. She is survived by two sons, James Gilstrap Jr. of Easley S.C. and Douglas Gilstrap and his wife Leslie of New York City. She was the beloved grandmother of James, Grant, Laura, Julia and Anne Gilstrap. She is also survived by nephews David (Hope) Platt, Chrissie Platt Alexander, Bryan Platt, Tommy (Rhonda) Platt, Ed (Jill) Platt, George Platt, Bruce Platt (Ruthie), Lynn Platt, cousins Ann Hall, Jim Gambrell and Randy Gambrell and sister-in-law Cecile Platt. She was preceded in death by her parents and brothers, Charles E. Platt, Edward E. Platt III, Robert B. Platt and her nephew Charles Platt. Friends and family are welcomed at 3:00 pm Sunday, May 7 with a memorial service that follows at 4:00 pm at St. John United Methodist Church, Graniteville, with the Reverend Alan Quarles officiating. In lieu of flowers, memorials in her honor may be made to St. John United Methodist Church, P.O Box 38, Graniteville, SC 29829. Napier Funeral Home, 315 Main St., Graniteville, S.C. is in charge of the funeral arrangements. You may sign the guest registry at www.napierfuneralhomeinc.com﻿

To order memorial trees or send flowers to the family in memory of Julianne Platt Gilstrap, please visit our flower store.