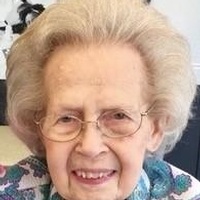 Louise Barton Harley, 88, passed away peacefully on May 7, 2018, at her daughter’s residence. She was the wife of the late Robert W. Harley. They shared 50 years of marriage together. Born in Warrenville, South Carolina, on April 28, 1930, she was the daughter of the late Levi Wayne Barton and Emma Corean Yonce Barton. She graduated from Graniteville High School in 1947. Before she became a homemaker, she worked in the Main Office of the Graniteville Company for 13 years. She was a member of Warrenville First Baptist Church for most of her life, where she taught a ladies Sunday School class for more than 60 years. She was a devoted, wife, mother, grandmother, and great grandmother. She liked nothing better than cooking for her family and celebrating the holidays. She enjoyed spending time with her family in the mountains of Flat Rock, North Carolina, where she and her husband had a home. She is survived by her daughter Francine Harley Alsbrooks, Robert W. Harley (Bobby), Michael Scott Harley, grandchildren, Karene Abrams, Keri Wilhelm, Brandi Busbee, Staci Smith, and Megan and Evan Harley. She is also survived by eleven great grandchildren, and a dear first cousin, C.W. Yonce, Jr. of Graniteville. She was preceded in death by her parents and husband. A memorial service will be held on Thursday, May 10, at 4:00 in the sanctuary of Warrenville First Baptist Church. The family will receive friends in the church fellowship hall at 3:30. Burial will be private. Memorial donations in lieu of flowers may be made to Warrenville First Baptist Church, P.O. Box 338, Warrenville, SC 29851.