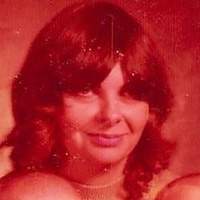 Nancy Ann Mims, age 72, entered into rest on Sunday, April 15th, 2018 at her home. She is survived by her sons, John (Corrie) Green, Michael (Shannon) Green; brother, John (Joan) Bologna, Joyce (Calvin) Johnson; and six grandchildren. She is preceded in death by her parents, John Joseph and Angeline Therrian Bologna. Ms. Mims was a loving mother and proudly served our country in the United States Army where she was a nurse and worked in the medical field for over 27 years. She will be greatly missed by all whose lives she impacted. Service details for Ms. Mims will be announced at a later date, at www.napierfuneralhomeinc.com. Napier Funeral Home, Inc. has been entrusted with these arrangements. You may sign the online guestbook at the website listed above.

To order memorial trees or send flowers to the family in memory of Nancy Ann Mims, please visit our flower store.