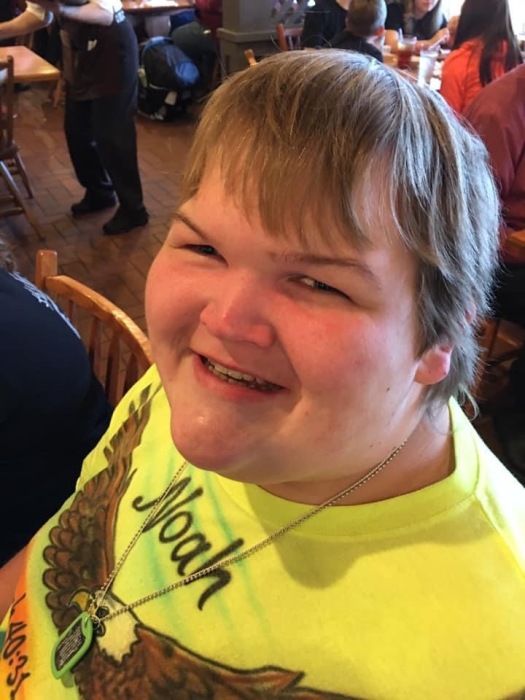 Noah E. Rhoden, age 24, of Graniteville, S.C., passed from this life on Tuesday, November 24, 2020. He is survived by his father, Stacy (Missy) Rhoden; his mother, Wynette Turner Key; stepfather Patrick Key (who he referred to as Dad); maternal grandmothers, Diane O. Turner and Mary Lee Key; paternal grandmother, Patricia A. Rhoden; brothers, Owen (Chris) Atkinson and Wyatt Turner; sisters, Haley Key and Jeslyn Key. He was preceded in death by a brother, Patrick Key, Jr.; maternal grandfather, Wesley Turner, Sr.; paternal grandfathers, Patrick O. Key and Edward “Bubba” Rhoden, Jr. and his aunt, Annjanette Lee Turner. He was born in Augusta, Ga. and has been a lifelong resident of Aiken County, S.C.  He was a member of Sweetwater Church of God. He was a loving son, brother, grandson and friend. His family stated that he was a sweet kid that would do anything for anybody. He shall be greatly missed by his family and many friends. Death is not the end for Noah. He has just taken up residence at his new Heavenly Home where all is joy and peace in a land of endless tomorrows. A service, celebrating his life, will be held at Sweetwater Church of God on Monday, November 30, 2020 at 1:00 PM with Rev. Phillip Napier officiating. The interment will follow at the Graniteville Cemetery. The Pallbearers will be Carl Lewis, Robert Key, Charles Key, Chris Atkinson, Bobby Holcombe and Wren Faile. The family will receive friends at the Church one hour prior to the service. Napier Funeral Home, 315 Main Street. Graniteville SC, 29829 is in charge of the funeral arrangements. You may sign the guest registry at www. napierfuneralhomeinc.com.

To order memorial trees or send flowers to the family in memory of Noah E. Rhoden, please visit our flower store.