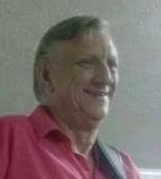 BEARD-Mr. Terry D. Beard, Sr., age 74, of North Augusta, S.C., husband of the late Beverly June Lott Beard and son of the late Joseph Lewis Beard, Sr. and the late Christine Sheppard Beard, entered into eternal rest at his residence on Tuesday, October 23, 2018. He is survived by three sons; Terry D. Beard, Jr., James C. (Angela Hope) Beard and Joseph E. (Shannon) Beard; a brother, Joseph L. Beard, Jr., a granddaughter/caregiver, Amanda (Santos) Martinez and caregiver, Star Buff; three grandchildren; Aulstin Beard, Alyssa Beard and Chandler Beard and seven great grandchildren. He was born in and was a lifelong resident of Aiken County, S.C.  He was of the Baptist faith. He was an electrical engineer by trade. He was a US Navy Veteran having bravely served his country during the Vietnam War. Terry had a great personality and never met a stranger. He loved his family with all his heart, and they inturn loved him. A man of his caliber shall be greatly missed by his family and many friends. Earth’s loss is truly Heaven’ gain. A service, celebrating his life and homegoing, will be held in the Chapel of Napier Funeral Home on Saturday, October 27, 2018 at 1:00 PM with Rev. Leroy Beard officiating. The interment will be private. The family will receive friends at the funeral home from 11:00 AM until the hour of service.  In lieu of flowers, memorials may be made to the funeral home to assist with the expense of the funeral. Napier Funeral Home 315 Main Street. Graniteville SC, 29829 is in charge of all arrangements. You may sign the guest registry at www.napierfuneralhomeinc.com

To order memorial trees or send flowers to the family in memory of Terry D. Beard, Sr., please visit our flower store.