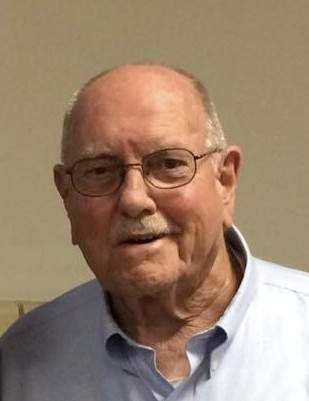 He is preceded in death by his loving wife Gloria Powell; parents, Ernest Eugene and Lottie Seigler Powell; and sister, Earline Powell Tompkins.

Mr. Powell was a Vestry Member at St. Paul’s Episcopal Church in Graniteville and a former Junior Warden. He was a member of the Star Lodge #99 in Graniteville, and worked as a supervisor for Graniteville Company for 45 years at Stevens Steam Plant. He was an avid Atlanta Braves fan and loved going to the mountains. He will be greatly missed by many.

A funeral service celebrating his life will be conducted on Friday June 21st, 2019 at 4pm at the St. Paul’s Episcopal Church in Graniteville, with Rev. Doug Puckett officiating. The interment will immediately follow with Masonic Rites accorded at the Historic Graniteville Cemetery. The family will receive friends on Thursday evening, June 20th, 2019 from 6-8pm at Napier Funeral Home.

In lieu of flowers, the family has requested that donations be made to the St. Paul’s Episcopal Church in Memory of Mr. Powell.

To order memorial trees or send flowers to the family in memory of William E. "Speedy" Powell, please visit our flower store.